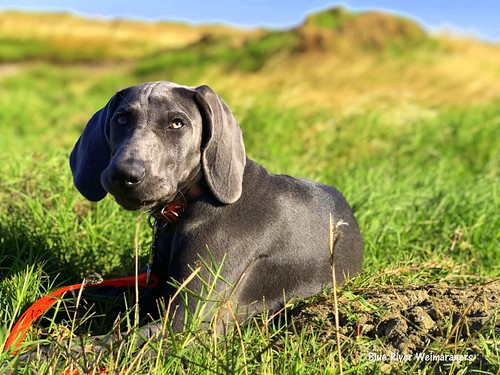 As soon as Millie’s immunity came back ok, it’s now time to get her out as much as I can.  First up was a training day with NAVHDA at Hastings Island Hunt Club.  It was going to be a hot day so we started early. There were a total of eight dogs running so we had to wait our turn. Were were up 7th, and by the time it was our turn, it was already pretty warm at 80 degrees.  Had I thought about it, I would have asked them to plant the birds much closer than they did for the other dogs as the trek out to find the birds was a bit long for the little baby.

Somehow, the first bird escaped and since Millie still wasn’t exactly sure what we were doing out there, she didn’t know to hunt for it.  She found the feathers and if given the chance, she may have tracked and found the bird, but it was getting hotter by the minute and we wanted a successful session.  We left the bird behind and went in search for the next bird. 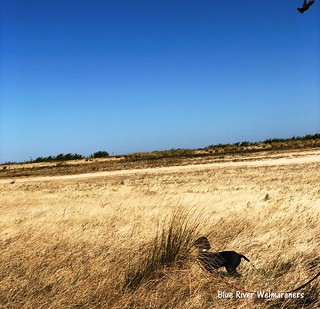 She found the second bird pretty quickly and went in to investigate and flushed the bird.  She stopped and watched it fly away (see it in the upper right corner of photo) and after the shot (and miss) we threw another bird in front of her for her to retrieve.  She picked up the bird and happily carried it around.  It was a bit big for her mouth so she kept dropping it.  Once she started eating it, it was time to get it from her, which she was not willing to give it up.

As for the social aspect of the day, I could not have been more pleased with her.  She was happy and confident with 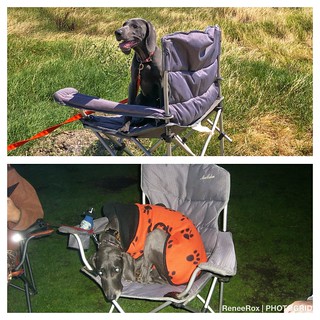 the other dogs and ran and played with them without fear.  She happily greeted the other humans with wagging tail and minimal teeth (she’s still very mouthy).  She waited quietly on the stake out for her turn.  She even showed how much she’s like Gramma by climbing up in my chair to get a better view.  For those who have been camping with me and Roxie, she loves to sit with (or without) me in my chair.  See here, Millie (top) & Roxie (bottom) both in Mama’s chair.

I’m looking forward to future outings and hope to be able to take Roxie too so that she can show Millie the way.  But first, it needs to cool off outside!

Check out the pictures below of the day as well as a little video of her bird search. 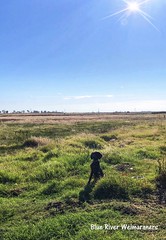 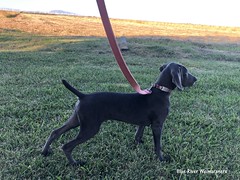 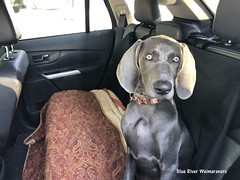