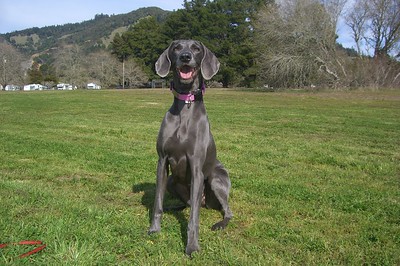 I knew this day would come. For every day older Roxie got, it was a day closer to the time when I would have to say goodbye to my friend, my partner in crime, my inspiration, my emotional support dog, the foundation of a very special program. For no reason other than her number of years, I didn’t think she would make it to 14 years old, and then she did with ease. I didn’t think she would make it to 15, and then she did. I thought that 16 would just be too much and I was right.

On Wednesday, July 6, 2022 I said goodbye to my Roxie. Over the last year, she didn’t hear so well… or perhaps she had finally mastered selective hearing. She could sleep so soundly for she didn’t have to hear the hustle and bustle of construction, Millie, my work conference calls. Her sleep was so deep that when she dreamed, she’d kick the walls, bed frame or me and still not wake herself up. She didn’t see so well. Her eyes were getting more cloudy as time went on, but she could still find the most important things in life… food, me, outside, and back inside; in that order. Her hips were getting weak and over the last couple of weeks I’ve noticed that everything was getting just a bit harder for her…. at feeding time, you’d be hard pressed to figure out which dog was the 15 yr old!

On her last day, the morning was normal but throughout the day, I noticed her getting weaker in the rear. I helped her outside to potty and back inside when she went straight back to bed. When I got off of work, she was still sleeping in the bedroom. I heard a noise from the bedroom and Millie went running to check it out. She came back with a bit of a whimper so I went to go investigate. Roxie had tried to get out of bed but couldn’t get up. I helped her to her feet where she struggled to stay up. It was ok on carpet, but next to impossible on the hard floor. I again helped her outside to potty where her rear collapsed when she squatted. I helped her up again and she seemed to want to explore the yard so I helped her take a couple of steps but this time, unlike in the past when she would regain strength the longer she stood, she was stumbling over her front feet. I helped her back into the house and walked her to the couch which earlier in the day, she was happy to jump up on, but now she didn’t even try. So I brought a blanket to the floor and helped her lay down. She didn’t try to get up. She just laid there. I called my mom who jumped in the car to be with me and I called a friend who dropped everything to come and help me get Roxie to the vet. The vet couldn’t find anything specifically wrong with her but confirmed the lack of feeling to her front right leg and partially the left. There were options, none of which were feasible. I wasn’t going to leave her there for 3-5 days alone for tests and steroid treatment hoping that she would feel better, all the while feeling abandoned and alone in a place she didn’t know. So I made the difficult decision to let her go.

As I held her in those last few minutes, telling her how much I loved her and thanking her for being such a good friend to me over the years. I reminded myself, and her of all the wonderful things she has done in the last 15 years. First and foremost, she comforted me though my divorce 14 years ago. She gave me a soft ear to wipe my tears on a warm body to snuggle up with on those many nights alone. She gave me inspiration to get out and do things I never thought I would do. We learned to hunt together and earned a couple of hunting titles and then we went on to help other women and a few kids hunt and get their first pheasants. We learned to run together and completed our first 5k and 10k together.

Not only was Roxie so important to me and had such an impact on MY life, but Roxie had a huge impact on the Blue Weimaraner world. She proved at an early age that blue Weimaraners could be both conformationally sound AND that they could hunt! So what if she was blue! So we started a journey into the world of breeding and with the help of many mentors, Roxie had three litters of amazing puppies for a total of 33 puppies. That’s 33 HAPPY families (some were repeat families). Some of her puppies went on to do great things in conformation, hunting, agility, barn hunting, and most importantly all puppies went on to be great family members. Some of her puppies went on to have puppies of their own and THOSE puppies went on to do great things as well!! Roxie leaves behind a great legacy and she will be remembered by so many people.